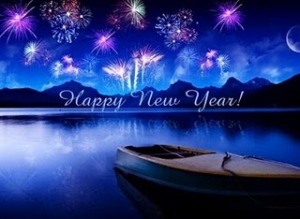 I have always written, but I didn’t know how much I wanted to be a writer until I was already out of college and working as a teacher. There were signs.

My dad worked as a printer and brought home all sorts of scrap paper and cardstock, just what I needed to make my own paper dolls. I can still smell the ink of the permanent marker, and I remember winters, sitting in our kitchen floor in front of the wall heater cutting and coloring. But sometimes I cut my characters from the Sears and Roebuck catalogue and created a village on the braided rug in our living room. I guess my parents were glad there was just one of me. I’m sure I made quite a mess.

When I hit third, fourth, or fifth grade, I graduated to writing and illustrating my own stories. I still have them—in my own squiggly handwriting and crayon and Magic Markers. They’re held together in cardstock folders with prongs. I hope my boys will care enough to pass on these little books to children someday. I wish I could have had a peek into my grandparents’ lives as children. What a treasure that would be!

On a side note, I have hint where my interests came from. The family of my Great Grandmother Smoot came here from Ireland (which probably explains why I’m so crazy about anything Irish). But on my grandfather’s side, my Great Grandmother Bell came from Denmark. She was only sixteen when she arrived in New York City. She played the guitar just like me. And, if I have the story right, her brother, my Great Uncle Will Hansen played the accordion and wrote poetry. (I hear copies of these poem still exist. I wish I could make a photocopy of them.)

My father remembers him putting on a variety show with his singing and dancing. I think they lived on a big farm in the Fredonia area for much of their lives. He and his brother Chris were multi-talented, expert craftsmen who made their own furniture, even their own coffins.

When I used to babysit my younger cousins, I coerced them into creating a newspaper, The Bell Family Times. Despite my threats, I

think all three of them turned out pretty normal, well, except for the younger one, James. He’s a songwriter now—and a pretty good one at that. If he ever writes a number one hit, he’ll have to give me a cut of his royalties. (I was his high school English teacher too. You can ask him how many times he failed my class. The number changes with his mood. So it is with the Bells’ and their storytelling. They tend to exaggerate.)

By the time I made it to high school, I had turned into the extremely shy hopeless romantic I am today. Like James I wrote songs too, but these were really bad songs. I played a horrible guitar so cheaply made that I could barely push the strings down to fret the chords. I don’t remember showing these songs to anyone except one friend. But when all members of our class prepared to go their separate ways before graduation, I remember sending one of these songs off with two of my best friends, hoping it might inspire them to find their dreams in the music industry.

During my first years of college, I was a recording industry management (RIM) major, and I worked for the head of the department. I actually got up enough nerve to show these songs to him, and he was the first person to tell me about hooks and choruses and bridges and syllable counts—all the things my songs were lacking. I wish I had listened, but life got in the way, and I couldn’t tell you whatever happened to those songs.

If it weren’t for my English professor Charles Wolfe, I doubt I would have ever taken my writing seriously. I turned in an assignment for his folklore class, and he liked it so much he asked if he could publish it in the Tennessee Folklore Bulletin. It even made the cover. I always admired Dr. Wolfe. Years later, after I had been several articles published in contemporary Christian music magazines, I contacted him and asked him how I might write about nonfiction about the Christian music industry. He was an expert in his field regarding country music and was the author of numerous books.

He sent me a letter with a long list of contacts and lots of encouragement. The next thing I knew Vanderbilt University was sending

me info about how to have my not yet written book published through their school. I never followed up on that interest. Again, life got in the way. But ironically, years later my work was published through the University of Tennessee. I would have never know if I hadn’t done an Internet search of my name and found that my story had been chosen for A Tennessee Folklore Sampler (2009).

People often ask me how I began writing for magazines. The answer is fairly simple. I was too naïve to think I couldn’t, so I sent clips, and several magazines responded by giving me assignments.  But first I wrote without pay for anyone who was willing to publish me. I have endless gratitude for Rebekah Hurst, who published The Parent Paper. She gave me a spot for my column, and from there on the writing bug bit and wouldn’t let go. Today I’m a frequent contributor to The Living Light News in Alberta, Edmonton. I have made just enough money to pay for my gas and writing conferences, but it’s been well worth every penny.

Contemporary Christian music isn’t what it used to be, so when I write music articles today I write about people who make their living in the general entertainment market. I’ve been blessed to chat with Smokey Robinson, Tony Orlando, Charlie Daniels, Ricky Skaggs, Clay Walker, heavy weight boxing champion Chris Byrd, Sting (the wrestler), and many others. They tell me stories of how God has changed their lives. I don’t write for the New York Times or People magazine, but I am still so grateful that God chose me to pass on these stories. He could have chosen someone else.

Some people write for therapeutic reasons; some people write for money. I write because I want to make a difference in other people’s lives—and because it’s a form of safe adventure for me. Okay, I’ll admit it. I like the adrenaline rush. But could you imagine what I’d be like in a real mystery or adventure? I guess I’m more like Scooby and Shaggy than I’d like to admit. My children get this trait from me. They brag about venturing off someday to find adventure foreign lands, but then they freak out when we do donuts in the Walmart parking lot after a big snow. By the way, is that illegal?

Occasionally, I do write for myself. I keep a book of blessings hidden away where I work. I never ever write about anything bad.

Friday is New Year’s Eve. Tomorrow after midnight we have a brand new year to follow our dreams. Who are you? What are your roots? Is writing in your blood? Then write. Put away the excuses. We may not write a bestseller, but we can write for local publications, our churches, our children, ourselves.

For 2011, I challenge you to take a leap of faith and to see where your writing takes you. What’s your dream?

But don’t keep it hidden. Tell somebody. You never know who might help you make it happen if only they knew. Let’s make 2011 a year of bold adventure.

Special note: Thanks to all of you who have taken time to read my blog, to offer a word of encouragement, to make me laugh, to inspire me. You can bet you’ve got a special place in my book of blessings. I wish you a Happy New Year.