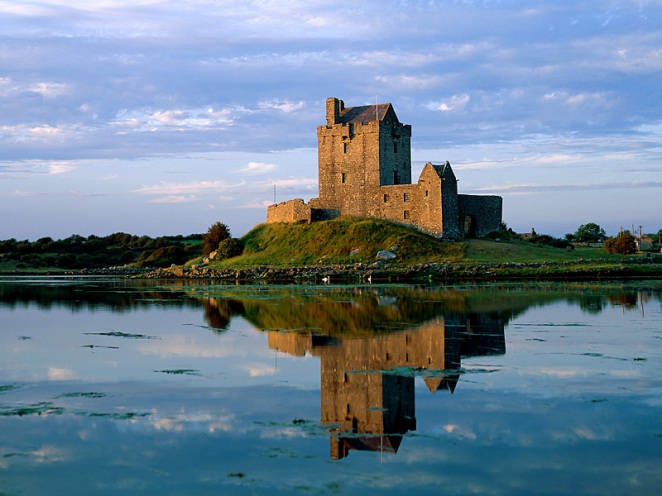 Ever since I can remember I’ve always been in love with all things Ireland. For the last two days I’ve searched my memories, wondering why. Why am I so fascinated with a country to which I’ve never been?

Surely, my dad is responsible for the influence. Before the Red Sox finally won the championship after seven or so decades, people used to ask me why a Southern girl like me could be so hopelessly in love with a team from “up there,” Boston. My dad loved Boston, and therefore so do I.

I always hoped I could take my father to a Red Sox game. I doubted he’d ever make it to Fenway, but I crossed my fingers for Atlanta. It never happened. When I was pregnant with Michael, I traveled to Boston just about this same time of year, determined to put my feet into Fenway Park, not for me but for my dad. I was determined to do whatever it took.

The first time the security guards kicked me out. This was for my dad.  I couldn’t travel all the way from Tennessee just to be told no. I was going in. If being arrested were part of the deal, so be it. But instead I pleaded with the security guard, and he let me in, and I got to see that glorious Green Monster. I stood in away and took in every detail so I could bring it home to my dad.

There is so much Irish influence in Boston. Maybe that’s why I’m drawn to Ireland.

I remember planning a week in advance what I would wear to school on St. Patrick’s Day—the holiday of my people. I was determined, even as an elementary school kid, that I was Irish. The funny thing is that’s exactly what my son Michael did when he was in elementary school. He told all of his friends he was Irish. He would come home and tell me his buddies all commented on his Irish brogue, which, by far, does not exist. His Southern drawl is as Southern as they come.

I’m not embellishing the truth. Irish blood does run through my veins. My great-grandmother Clancy’s parents were born in Ireland. But I also have roots in Denmark. My other great-grandmother immigrated from there.

I think all writers need a magical place that fuels their imagination. For me, that place is Ireland. My favorite place to write a couple of years ago was a coffee house called the Celtic Cup in a nearby town. I used to take my laptop and sip on a peppermint mocha while Irish music and lush Irish scenery played on the flat screen hanging near my table.

And at Christmas a group of local musicians asked me to play Celtic Christmas music with them. I’m not so great at guitar, but I loved the music. I was enchanted by it, moved by it.

Oh, it’s not like I haven’t flown before. My dad worked with a man who had his pilot’s license, and he took us up in his tiny little four-seater plane. The ride was miserable. My parents kept saying, “Why don’t you look down? Look down. You’re scared, aren’t you. Look at her.” Then they laughed.

I don’t think I would have been so nervous about the whole ordeal if they hadn’t been telling me how afraid I was. Plus, the guy who was flying us failed his motorcycle test on multiple occasions. You tell me? Wouldn’t you have been a bit unnerved?

And for years, I have felt it is just not Biblical to fly in a plane. If God wanted me to fly, we would have given me wings. Right? There’s scripture to back me up—Matthew 28:20. “Lo, I am with you.” It doesn’t say anything about being up there among the clouds.

But times have changed.

I have decided that one day I will go to Ireland, even if it requires strong drink or heavy medication. I will board that plane.

Ireland is like a magnet that just pulls me toward it. Maybe it’s my destiny. But if I ever do go there, I’m not sure I’ll ever come back.

May the sun shine, all day long,
everything go right, and nothing wrong.
May those you love bring love back to you,
and may all the wishes you wish come true!
~ Irish Blessing