Gimme control of something 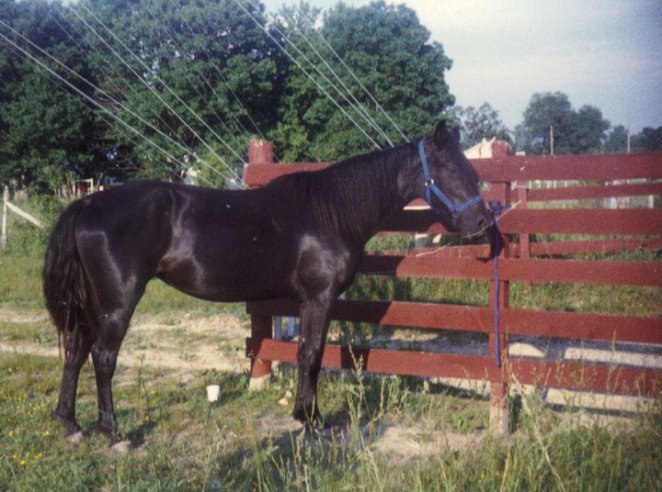 This is Magic, the Tennessee Walking Horse I used to own. She was like a big puppy dog.

When Stephen King was writing Carrie, he became so frustrated because of rejection letters he threw the manuscript in the trash. He was ready to give up. Fortunately, his wife Tabitha pulled him through his period of hopeless. She dug the novel out of the trash and encouraged him to keep trying. Since then, King has sold more than 300 million copies of his books.

We all need someone like Tabitha. Without a Tabitha in our lives, we have to resort to Plan B. For me, Plan B involves walking away from it all and finding something else I might be able to conquer.

I think I need to ride a horse. There’s something to be said for a little woman who can control a 1500 pound animal with just a piece of metal and leather.

I tried kickboxing, but it kicked my butt. I could blame my near fainting spells on my low iron, but truthfully I know it’s because I’m so out of shape. I need to get back to the rec center.

But I can ride a horse. Not well. But sufficiently. Sometimes. Sometimes not. I’ve had my moments.

As a kid I always dreamed of owning horses. I used to draw stables in art class. I read every horse book in the library. I even saved pennies for a pony and bought one from a farmer all by myself. The pony didn’t last long. He was mean.

When I was in elementary school, I had a friend who had a ponies named Oscar and Henry. We used to ride them through Old Stone Fort and in the hills of Beechgrove. When the fair came to town, they offered to let me
ride one of their ponies in the horse show. It was their new pony, Tootsie Pop, a beautiful bay hunter jumper.

All went well at first until Tootsie Pop decided to do her own thing in the show ring. My feet slipped out of the stirrups, and Tootsie took off around the ring, passing up every other equine. It was like the Kentucky Derby. I knew I was going to die. All the other contestants were walking. Tootsie and I were in a full gallop.

My friend finally came to my rescue, and she led me and Beelzebub around the rest of the class and in front of the judges. I felt like a fool.

Then there was the time I decided to go horseback riding in the Smoky mountains. I love to ride. I even like riding fast. But I ride so rarely that I am ever bit the novice.

Finding a riding stable that allows trotting and galloping isn’t easy. Most have horses that move at a snail’s pace. Boring.

But I did find a place that offered rides for all abilities, and I ended up going to this place every time I went on vacation to the Smokies. The trail leaders were nice guys and made the ride fun by always allowing a little fast riding just to keep thing interesting. 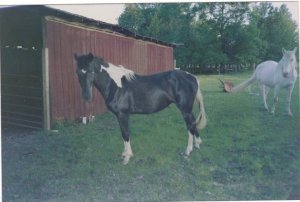 I also owned a small spotted saddle horse and a white...horse, not sure of breed. Misty and Brandy respectively.

But the last time I went was a different story. It was just me and the trail leader. Nobody else had shown up. Mr. Nice Guy wasn’t leading the trail this time. No, the trail leader was a thin, hard-faced woman wearing a cowboy hat, a tank top, and muddy boots with her jeans tucked inside.

She eyed me up and down. “Can you ride?”

“Uh, yeah,” I said. “Some.” She looked over her horses to match one up with me, and I made the mistake of saying, “I just don’t want a pokey one.”

“Let’s see about that.” She matched me up with a beautiful animal that seemed to have a bit of spirit in him.

I checked my saddle and my stirrups. Not slipping. Just right. Heels down. I was ready to go.

“You ready?” She looked over her shoulder.

The next thing I know the woman let out a rebel yell, and we were off in a full gallop.

We galloped a bit, just enough so that both horses and this rider were lathered in sweat, and then we slowed down. She looked back over her shoulder. “I’m impressed. You know how to ride.”

I said nothing. I was alive. I prayed again, this time with thanksgiving.

I expected the rest of the ride to be slow and easy, but Calamity Jane had other ideas. We neared the steep trails of the mountain. Again, she looked over her shoulder and rested her hand on her horse’s hip. “Too tricky to run the horses down hill. Could trip. We’ll gallop uphill instead. You got to lean forward over your horse’s withers. We’ll go faster this time.”

Faster? Have you lost your mind, woman?

She didn’t let out a rebel yell this time, she just kicked her horse, and they took off. My animal took the cue, and off we went. Up the hill, the steep, steep hill. Faster, faster, faster. I was getting the hang of it. I was having fun. I leaned over the withers and relaxed to the rhythm of the hooves pounding the dirt trail.

I won’t go into detail due to the fact that this is a G-rated blog, but somehow as I leaned over the withers, the saddle horn became lodged inside my shirt and somehow hooked itself on an inner part of my clothing.

Crazy thoughts flooded my mind as I rode full force up a hill toward the bluff with my chest strapped to the saddle horn. “I’m going to die, and when people ask one another how I passed, THIS IS THE STORY THEY’LL HAVE TO TELL!” I prayed some more. “Oh, Lord, please don’t let me die this way. Spare my dignity.”

My horse did indeed make it to the top of the ridge, but it stopped short of the bluff and opted for a mouth full of grass, giving me enough time to detach myself. Calamity and I rode our steeds the rest of the way home in silence, keeping that slow steady turtle pace that wins the race.

I never did ride that trail again. Last time I went, the place was boarded up and deserted. I wonder why.

What’s the moral to this story? I’m not really sure. I just know that right now in my life I don’t feel like I’m in control of anything. I need to be in control of something. The writing is where it should be, but I am not. I’ve lost my focus. I’m weary. I want to move forward with music, but my fear is holding me back. I want to be able to control something in my life. Why not a horse? Surely if I can master a 1500 beast, I can take on fear and fatigue.

I’m open for ideas, though. Tell me? What do you do when you need a boost?

Okay, so the Spitfire convertible is not a horse. But it used to be mine until I sold it to buy the land for the horses. Fun little car. I kind of miss it.

6 thoughts on “Gimme control of something”